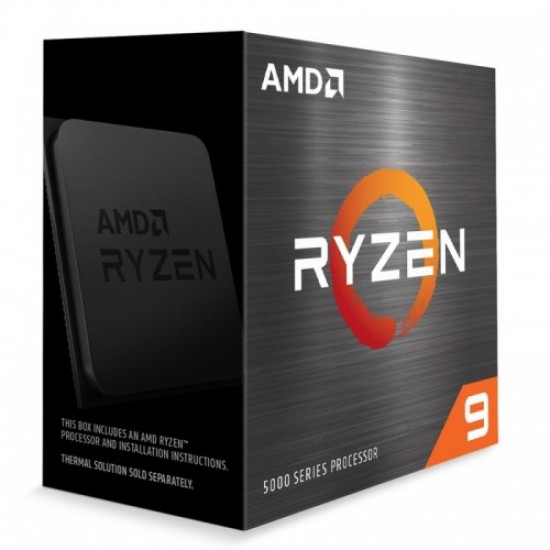 Power up your computing experience with the AMD Ryzen 9 5950X 3.4 GHz 16-Core AM4 Processor, which features 16 cores and 32 threads to help quickly load and multitask demanding applications. Designed for socket AM4 motherboards using the powerful Zen 3 architecture, the 7nm 5th generation Ryzen processor offers significantly improved performance compared to its predecessor. With a base clock speed of 3.4 GHz and a max boost clock speed of 4.9 GHz in addition to 64MB of L3 Cache, the ADM Ryzen 9 5950X is built to deliver the performance needed to smoothly handle tasks ranging from content creation to immersive gaming experiences. Other features include support for PCIe Gen 4 technology an200 MHz DDR4 RAM with compatible motherboards. This AMD Ryzen 9 5950X Processor processor has a 105W TDP (Thermal Design Power) and does not include a cooling solution. Please note that it does not have an integrated GPU, so a dedicated graphics card is required.

Precision Boost Overdrive technology takes advantage of your compatible motherboard's design to boost clock speeds higher and for longer periods of time. AMD Ryzen 9 5950X Processor also allows you to overclock the processor at the touch of a button.

AMD StoreMI technology helps to improve load times and overall system performance by combining solid-state drives and mechanical hard drives into a single hybrid storage drive. Frequently used files and programs are cached onto the fast SSD while other files are stored on the high-capacity HDD.

The AMD Ryzen Master Utility provides you with multiple custom profiles to store CPU, GPU, and DDR4 memory configurations. Use it to configure performance parameters for the active cores and adjust memory times. You can also optimize general performance or fine-tune your favorite applications.

Monitor your system in real-time using the AMD Ryzen Master Utility, which features a histogram of per-core clock rates and temperature, including average and peak readings.

What is the price of AMD Ryzen 9 5950X Processor in Bangladesh?